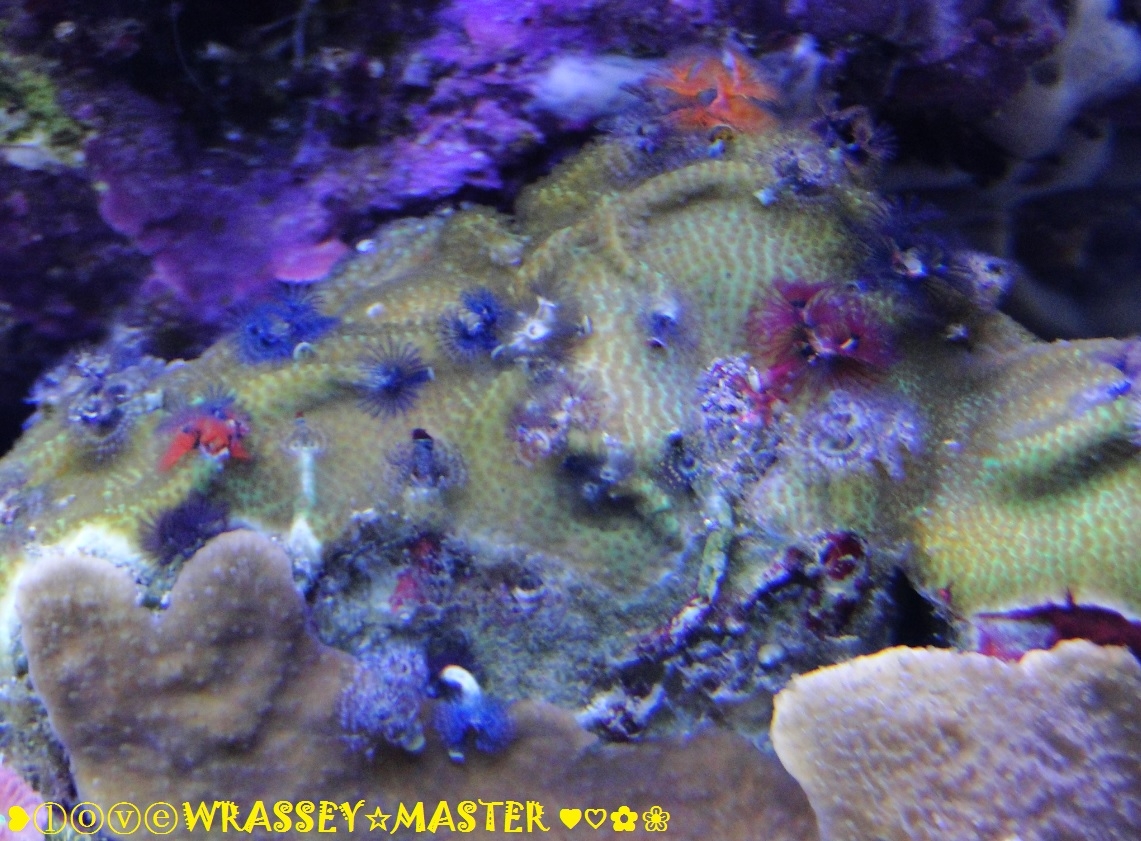 The Christmas Tree Worm, or Jewel Stone, was first described by scientists in 1766. Its crown comes in a variety of different colors, but is always paired. Usually, just the crown, which is spiraled in the shape of a Christmas tree, is seen; its body is hidden within the host coral. It has an operculum (top trap door) that covers its tube when it withdraws its crown. There are often several Christmas Tree Worms in the same area, though they do not live in close groups.

The Christmas Tree Worm is somewhat shy of movement and prefers to be in the shade of rocky overhangs, out of the bright light. It is very intolerant of copper-based medications.

Breeding in the home aquarium is very rare.

Since it is purely a filter feeder, the diet of the Christmas Tree Worm should be supplemented with liquid plankton-based foods.

There are no comments to display.