Thanks for the feedback Rob. The overall volume without sand, liverock comes to around 200 gallons. Correction on my part - the pumps will be 2 x apex cor-20 and not cor-15 that together have the capa

Nice built! Looking forward to visit this set up and learn more about the pipe works! Sent from my iPhone using Tapatalk 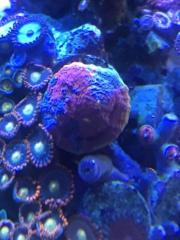 Welcome to Singapore. If you want experienced and peace of mind, can consider tank culture. Company name maybe new but staff from n30, coral reef etc. Some lfses may be able to do but likely outsource