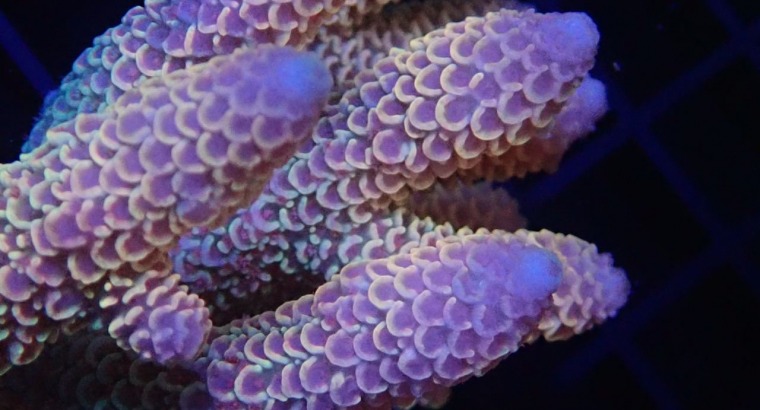 Behind the scene of coral importation EP:1 (How do we get our corals)

As a hobbyist, we might always be wondering where and how coral is collected and imported into Singapore, landed in one of the local live fish shop (LFS) before it eventually ended up in our fish tank.

We would like to take this opportunity to thanks coral fanatic that is willing to share with us the insight of the whole importation process , so we as the hobbyist can start to appreciate the work behind it.

Beginning – Source of the corals

Corals are protected by international CITES regulation against over-exploitation through international trade, and ONLY cultured corals or species that are deemed non-impact to the environment or post any threat of extinction are allowed to be collected.

Shipping Corals are sensitive to temperature so shipping by air is the only possible way.

As spoken eariler, hard corals such as LPS and SPS are heavily protected under the Convention for International Trade in Endangered Species (CITES). Before a shipment can be arranged, the local Live Fish Shop will need to verify that all corals which are going to be imported come with a legal cities certificate, which is like a birth certificate of the corals which could indicate details such as genus, species sciencic name, name of the coral farm, location harvested ect..

Once these details are finalized and freight space is confirmed, the exporter packs the shipment according to what was declared on the CITES and order. Upon shipment arrival in Singapore, this is when the race against time actually start! As corals has to be cleared from custom and bring back to the shop at the shortest possible time to protect the health/quality of the corals and toavoid any causality of the corals. The usual process usually involves the logistics staff/company that will collect and clear the cargo and bringing it for further cargo clearance inspection. However, in this particular instance, the staff from Coral Fanatics actually collected and cleared their shipment themselves to ensure that their coral is clear and arrived at the shortest possible time! Kudos to them for that !!

Coral are carefully packed and labelled during shipment

How many boxes can you see? How much coral do you think it contains in one box? Make a guess!

The boxes are then transported to Changi Animal and Plant Quarantine (CAPQ) for inspection by NParks authorities to ensure that the species, genus and quantity imported are in accordance to what was cleared in the CITES import and export permit, before releasing the cargo to the consignee.

Boxes of corals ready to be transported back for unpacking

There is usually a minimum quantity set aside by the exporter of the corals, so it is almost impossible for the individual hobbyist to import it themselves taking into consideration, the space required to hold and keep the corals. And not forgetting the risk involved one has to undertake in the even that corals are death when you open it up, just image after going through all the tedious and expensive importation process that one has to go through and find out that corals are all DOA ( Death Upon Arrival ). So coral packaging is extremely important to ensure that all corals will arrive safely and healthy.

And now the shipment arrived at the shop, and this is only when the hard work starts! As corals are shipped in a limited amount of water, it has to be removed and transfer to better quality water in the shortest possible time to avoid any casualty.

Upon removal of all the corals from the packaging boxes, visual inspection as well as a simple coral dip and acclimatize process is carry out to ensure that all corals are healthy and pest free before releasing it into their display tank .

Corals that arrived are usually left to settle down for up to 48 hour to check for any sign for stress or any un-healthy parts are removed or trim to protect those that are still healthy before finally releasing it for sales.

Once the corals are settled down, corals will be available for sales to the hobbyist and remember to do you own coral acclimatize and coral dipping and quarantine progress as well, as it is not 100% as eggs could be present in these wild colony.

Want to be the first to know when is the next coral shipment from coral fanatics? Do remember to check out their section in the forum or their coral fanatics telegram group or else subscribe to our SRC broadcast telegram group which we update shipment of all various LFS in Singapore. And lastly don’t forget to contact them to reserve your favourite pcs of corals if you happen to see it as every pcs of corals that were imported is unique and chances are you might not see either the exact same species, colouration, or similar size anymore!

So that is all for BEHIND THE SCENE EP:1 (How do we get our corals) and stay tuned for the next episode that is coming soon!

Why should we Dip corals? and how to perform it

The Sun coral In the reef

How to Keep a blue tang ( Dory )in a marine tank